Survival By Accident: Reflections on Gdansk

As I sit up in bed on our ship, the MV World Odyssey, Polish food in my belly and a hint of Dubrowka bison grass vodka in my veins, I cannot help but reflect on what an incredibly profound day today has been.

Today was my first field class, meaning that I took one of my three communication courses for Semester at Sea on a “field trip” of sorts, this time my intercultural communication class on an exploration of the impact of the Holocaust on the people of Gdańsk, Poland.

We began our day with a guided tour of KL Stutthof, which was, to my knowledge, the longest-run extermination camp of the Nazi regime, having been the first camp opened outside German borders (construction started on September 2, 1939 with 150 prisoners rounded up from Gdańsk and forced to work), as well as the last camp of all the camps liberated by the Red Army in 1945.

During this day, we heard personal stories of the survivors.

We heard the story of a young woman who was brought to the camp as a result of her uncle siding with Polish resistance forces. Six members of her family were rounded up and brought to the camp as punishment, and it wasn’t until her arrival and subsequent gynecological exam that it was revealed she was 2 months pregnant. She gave birth to a girl within the infamous death camp (responsible for the systematic extinction of more than 65,000 inmates), and that girl miraculously survived to continue telling the tale, even to this day.

We heard the story of a woman’s grandfather, who escaped imprisonment three times, the last of which involved a daring leap from a moving, full-speed railway car, which was on its way to Auschwitz, through a makeshift hole in the floor. The only reason she was with us to tell the story was because of the bravery of her grandfather.

We then boarded our bus and headed to a Jewish community center in the midst of Gdańsk, where we were invited into the synagogue by the soothing, gentle voice of a man called Michal. The man regaled us with tales of survival, resilience, rebirth and renewal, and even forgiveness and remembrance.

As Michal spoke to us in broken English, something he said punched me in the gut and still continues to haunt me, several hours later: “Every Jew that survived was by accident.” Of the thousands of Jews who managed to escape their ultimate fate at the hands of the Nazi slaughter, each one has a story to tell of some bit of luck, some twist of fate, or some accident of happenstance, which not only led to their survival, but the creation of a whole new generation to continue telling the tales.

Even now, as I type, I can feel the sting in my eyes, welling up with tears, as I imagine the horror, pain, suffering, and utter terror the people of Poland must have experienced at the hands of the Third Reich.

I finished out my day with a stroll through the monuments at Westerplatte, the site of the birth of the Second World War. A German ship, under the guise of a training exercise, called for help in the Polish safe harbor and free city of Gdańsk. The Poles answered the call only to be slaughtered en masse.

The German soldiers aboard continued their onslaught until they met up with resistance from 47 brave Polish soldiers who holed up in a concrete bunker. They were only expected to last a few hours but managed to hold out and fight back for the next seven days. 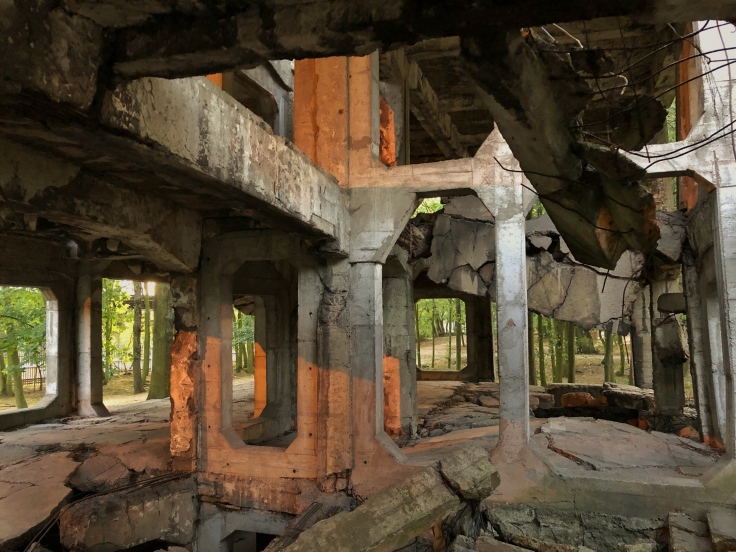 The strength, toughness, and resilience of the Polish people as a whole astounds and inspires. If I could take one thing away from our time in Poland, it is their resilience. 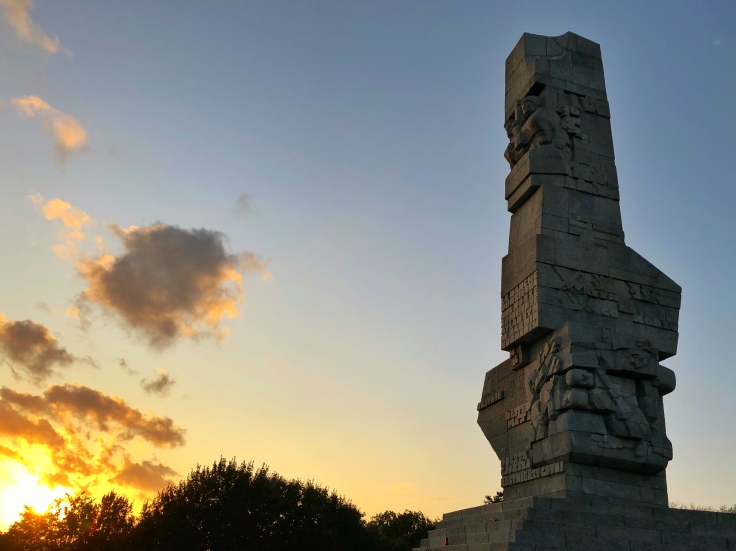