Berlin: The Character of a City 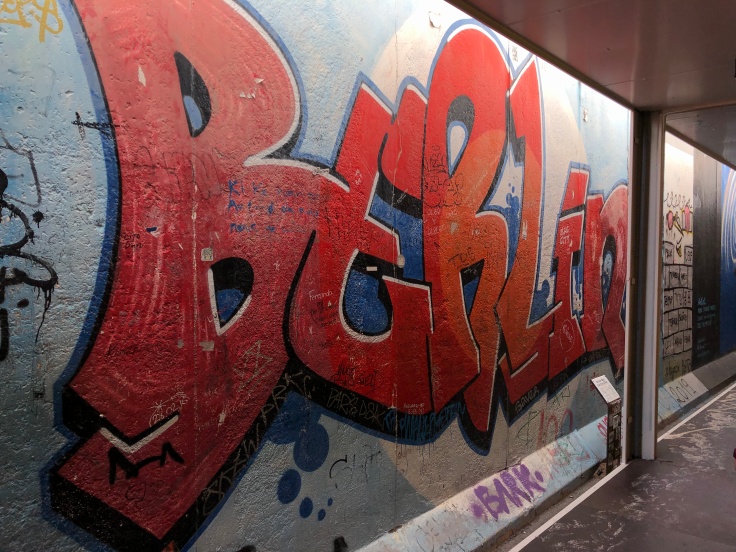 I’ve always felt like cities have a character about them. Growing up in Spokane, we all talked about our city’s character; it was the big city with a small town mindset. Even to this day, it has that feel to it, for the most part.

In Reykjavik, it was all about the environment. Iceland is, by far, one of the cleanest countries I’ve ever been to, and their commitment to zero emissions and waste is evident in every single thing they do. In fact, I’d say that’s probably their defining feature and what they seem most proud of.

In Bergen, it was their heritage and way of life. Everywhere we went, everyone we saw, and everything we were surrounded by was decidedly Norwegian. Even the ancient wooden stave we visited, though it had the emblems of Christianity and all the influence that comes with that, those symbols were overpowered by the Viking and Nordic influences of old.

As for Krakow, that city’s defining feature was resilience. I’ve never seen a city with so much strength and resolve, and with the people of Poland having been to hell and back so many times, they’ve probably got frequent flyer miles registered with the Dark One, should they ever need a free ticket back out of the Bad Place.

Berlin, however, remains an enigma.

We came here with a certain set of expectations. We thought Germany, being one of the G7, would be a modern city with all the technological comforts that come with such status. After all, Berlin is the capital of the fourth largest economy in the world, right?

Even as I type this out, I can hear my wife’s frustrated sighs and the tide pull of her epic eye rolls at the horrifyingly bad WiFi in our hotel. We have three networks to choose from here, and not a single one consistently breaches 1MB/second without crashing and forcing us onto the cellular network. In fact, we’ve had to rely on LTE so much over the past 48 hours that we’ve already surpassed our data limits, which forces Verizon to choke our bandwidth, thus exacerbating the problem twofold.

I think I also expected London-esque history, given Berlin’s place among European lore, but again, to my surprise, much of the city has a decidedly NYC feel to it, and what I mean by this is that it is mostly modern on the outside with a juicy historical filling, sort of like the Berliners for which the city is known.

Like Poland, Berlin has been through a lot, and many of its scars are clearly visible.

One thing I find fascinating is the sheer number of reminders strewn across the city of its more notorious, dark past. Rather than demolishing all traces of Nazi Germany and its countless crimes and atrocities against humanity, Germany has chosen instead to confront its past and seek reconciliation by continuing to tell its stories to future generations. 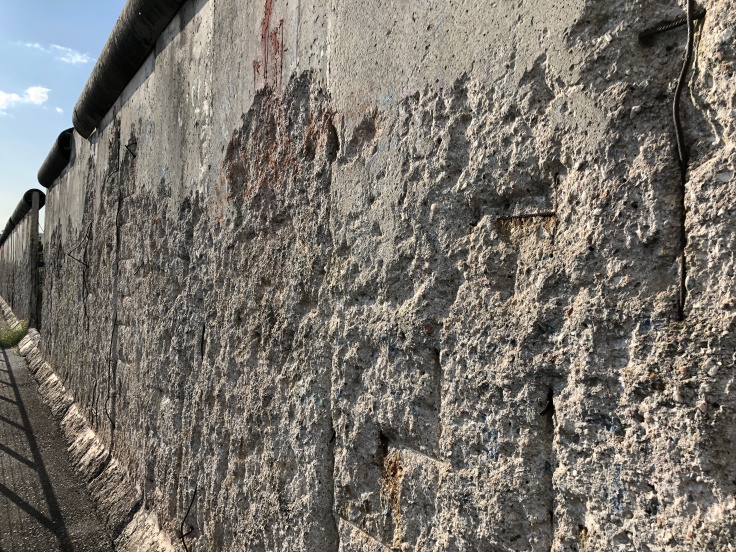 A block away from our hotel, which sits where East Germany once was, is this section of the Berlin Wall, a symbol of the Iron Curtain and physical barrier that once separated ideologies and families under threat of execution. 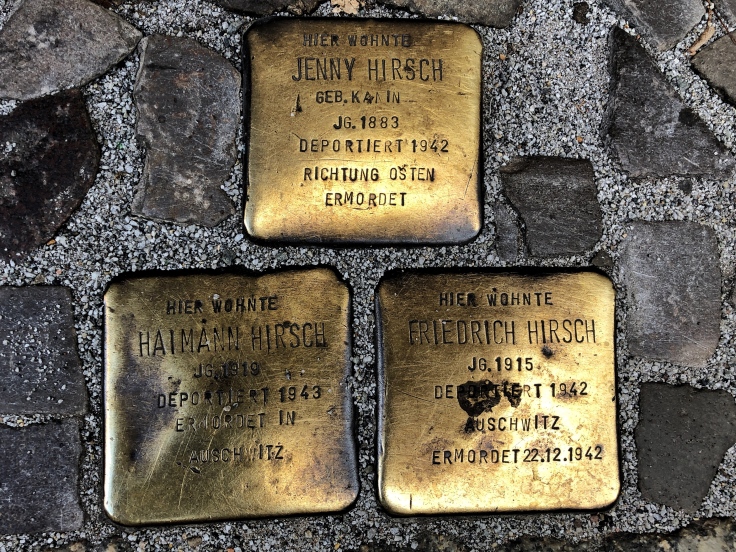 As I walked around and explored the city, I found countless brass plates embedded into the sidewalks with Jewish names and deportation/execution dates. 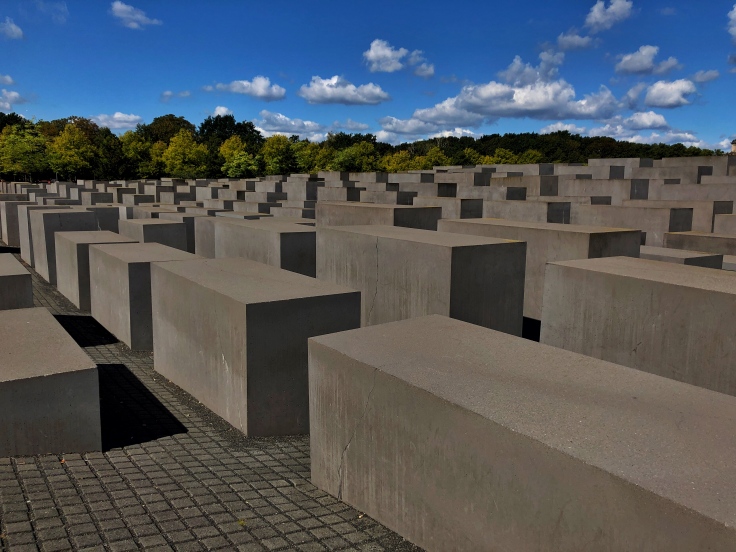 I wandered the 2,711 concrete stelae in the Memorial to the Murdered Jews of Europe (and subsequently lost my family after stopping to take a picture). This 200,000 square-foot installation is no trivial gesture to the shadows of the past; it is a truly monumental effort to confront the trauma inflicted onto the Jewish people of Europe in an effort to acknowledge the intergenerational pain borne by the descendants of those who suffered.

SIDE NOTE: If anyone reading this ever chooses to visit this site, please be sure to read the rules, which are literally built into the ground before entering the site. One would think that a memorial of this subject matter would invoke an air of respect, but the sheer number of young women I saw jumping up onto the slabs and posing their best basic white girl pose for an Instagram photo shoot absolutely turned my stomach. Fortunately, there is no shortage of polizei roaming about, each of whom is a clone of Arnold Schwartzenegger from the original Terminator and totally not to be f**ked with, and each one is keen to order such young women off the slabs and the property. 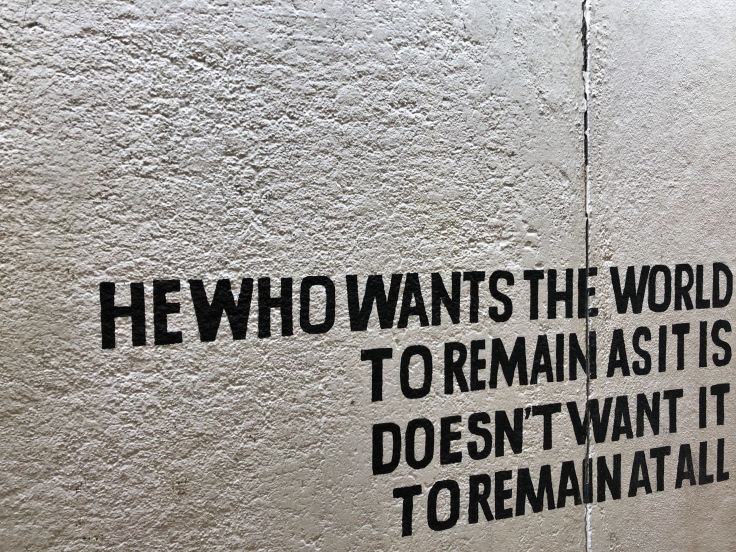 As we wandered about the city, making our way to the East Side Gallery, where a 1.3 km section of the Berlin Wall is now used for commissioned street art (and quite a bit of non-commissioned graffiti as well), I remarked on the vast number of languages we heard being spoken, and that’s when Berlin’s character really hit me…

The character of Berlin is in its vast diversity and openness. Not only is Berlin welcoming to foreigners, eager to see, learn, and explore its past, but it refuses to hide or sweep under the proverbial rug what that past entails. Instead of wallowing in shame, like a dog with its tail between its legs, the city of Berlin acknowledges the good with the bad, thereby seeking forgiveness on a municipal scale and making itself a haven for all.

That openness has created a diversity here that refuses to separate, like its wall was once designed and built to accomplish. Instead, this diversity gives it strength, it imbues it with life and vitality, and above all, it gives its visitors from the Pacific Northwestern US a vast number of choices from which to choose for dinner.

And for that seemingly insignificant benefit, I, as father and husband, am grateful.