Arrival in Krakow, Feeling the Weight of History Bearing Down

Upon checking out of our hostel/apartment in Reykjavik, we were picked up by an airport shuttle by a young Polish man with a stunning haircut (hint: his head was shaved, just like mine and half the other men in Poland). Upon finding out that our next major stop was Krakow, his eyes absolutely lit up with joy, exclaiming, “MY HOME COUNTRY?!?”

Upon hearing this news, our driver began talking about all the things to see and do in his home country, but when he asked where we were going and we told him Krakow, his joy suddenly turned somber. This man seemed reluctant to call Auschwitz by its name, referring to it as “the unspeakable place” instead. He lamented the reputation of his beloved Poland as being tarnished by the last 80 years of history there, reminding us that there are hundreds of years of storied history to explore in addition to that most fateful and terrible series of events for which it is known.

This initial interaction, though pleasant, got me thinking. Additionally, I finished Simon Wiesenthal’s The Sunflower again on the plane from Bergen to Krakow in preparation for my upcoming intercultural communication class, and this iteration of reading such a powerful account brought me to tears among strangers.

It’s hard to walk the streets of a city like Krakow without thinking about what it looked, sounded, and smelled like 80-some years ago. With our apartment rental being only ONE block away from the former site of the Krakow Jewish Ghetto, it’s hard not to wonder if the ghosts of the past still haunt the stones that make up these roads, sidewalks, and buildings.

Knowing that, tomorrow, we are getting into a cab, driven by yet another kind, interesting Polish driver by the name of Hubert (HOO-bert, as he pointed out), weighs heavy. I am plagued with thoughts of what we will see, how we will feel, and the impact of setting foot on such hallowed ground. But, I also know the gravity of completing such a tour and introducing my children to this history so that, in some small way, we can try to ensure it never happens again.

My mind was set to ease a bit with a brief walk through the city and its lively Jewish Quarter. The street art and graffiti here is absolutely sublime, much of it thought-provoking: 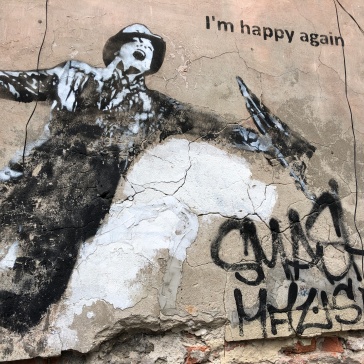 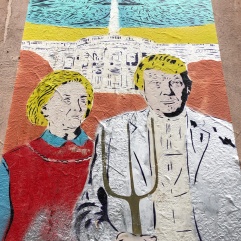 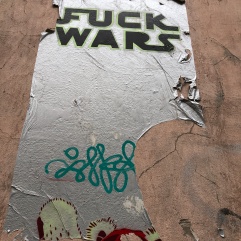 We then crossed the foot bridge back to our apartment and saw all the countless symbols of love, locked up and dated across the bridge, proclaiming to the world how Sylvia and Gomak fell head over heels in 1990, among thousands of others, and it warmed our hearts.

However, my thoughts inevitably returned to the darkness as I passed by a grim reminder of the not-so-distant past, in the form of the very hospital on the edge of the Ghetto where SS soldiers stormed in during the liquidation and shot each and every last patient to death, which was also one of the more sobering scenes from Schindler’s List. 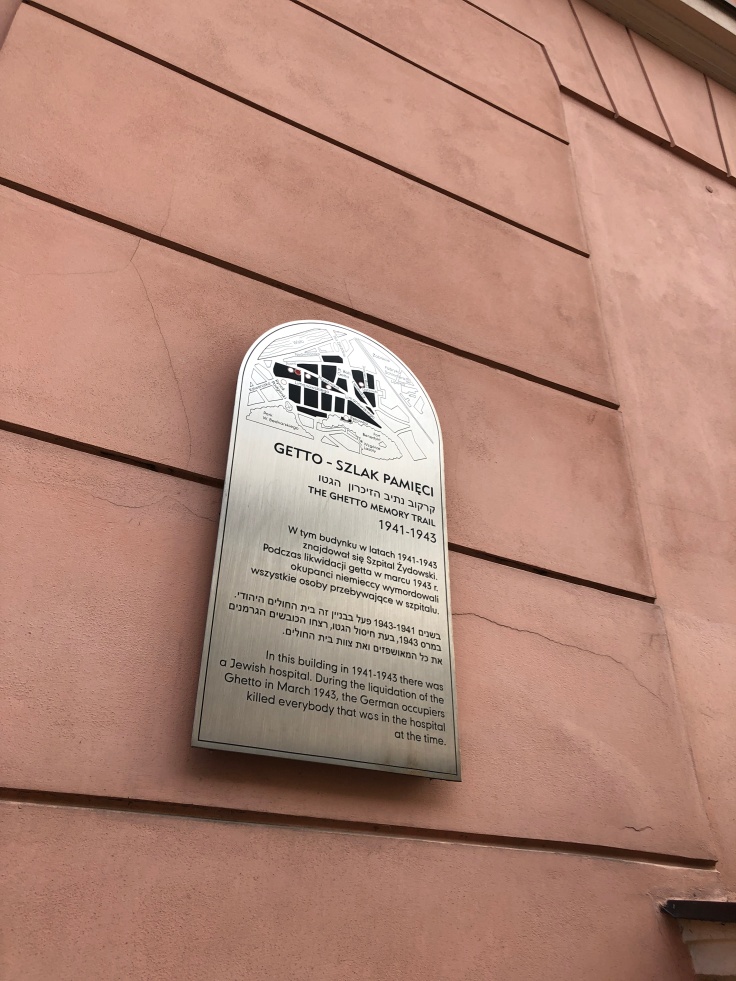 It’s not easy, nor is it justifiable to forget about the weight of our collectively painful past, but it’s a burden we must learn to carry.