16 Hours in Bergen: A Lifetime of Memories

Three years ago, we had to say a tearful goodbye to our beloved exchange student, Maria, as we passed her back to her wonderful parents, Kristin and Bjørn in Seattle. We promised to visit them in Norway at some point, and yet, following through on that seemed impossible for so many years.

That is, until the moment when we gained the opportunity to go on a voyage with Semester at Sea, and we were set to embark in Germany. This became our golden opportunity, and as luck would have it, one of the cheapest flights to get us to our final destination took us through not only Iceland, which was on our bucket list, but also through Bergen, via an overnight layover.

Sadly, our Maria was unable to join us, as she is away at college on another continent, but her parents gladly picked us up from the airport and showed us around their amazingly resplendent city (which is also Seattle’s sister city, intriguingly).

Bergen (and Norway in general) stood in stark contrast to Iceland. In Iceland, the landscape is mostly flat and bleak, littered with the remnants of the Earth’s violent outbursts and carpeted over with bland though fuzzy mosses. The weather was gray and rainy most of the time, and the temperature was a chilly 11 C.

Bergen, on the other hand, is surrounded by steep mountain peaks with deep valleys in between. The houses are bright and colorful, while the weather was sunny, warm, and inviting.

We hiked through lush forests with diverse flora, and found ourselves face to face with a medieval Viking/Christian stave lurking among those trees.

Turning our attention to downtown Bergen and the fisherman’s market, we explored the narrow cobblestone streets, classic architecture, shops, and the hustle and bustle of a city alive with life, laughter, and hundreds of years of storied history. 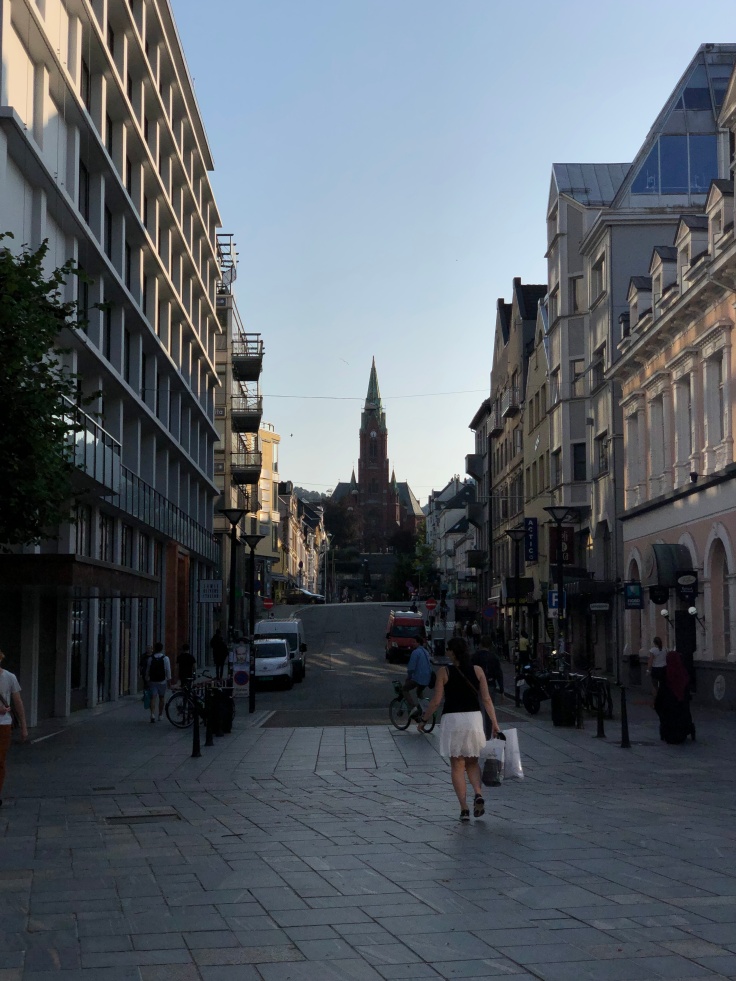 Our evening continued to surprise and delight as we took a train to the top of the mountain overlooking the city and the fjord, at which we marveled at the setting sun over this magnificent city. 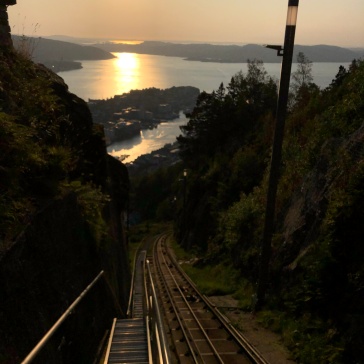 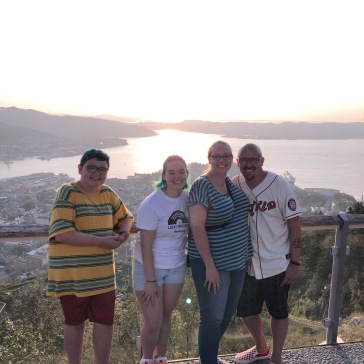 The coup de grace was rounding out this amazing tour with a meal of reindeer stew back at Maria’s parents’ lovely home, which featured great conversation, telling stories, taking a tour of Maria’s room (we sent her a creepy photo of us stalking her without her being present, of course), and concluding our day back at one of the nicest hotels of the trip so far.

The following morning, our suspicion regarding the quality of the Scandic Flesland Hotel was confirmed via a quarter-mile breakfast buffet with nearly every type of food one could imagine. Personally, I started my day with a plate of prosciutto and Jarlsberg, which made for pleasant travels to our next destination, Krakow…