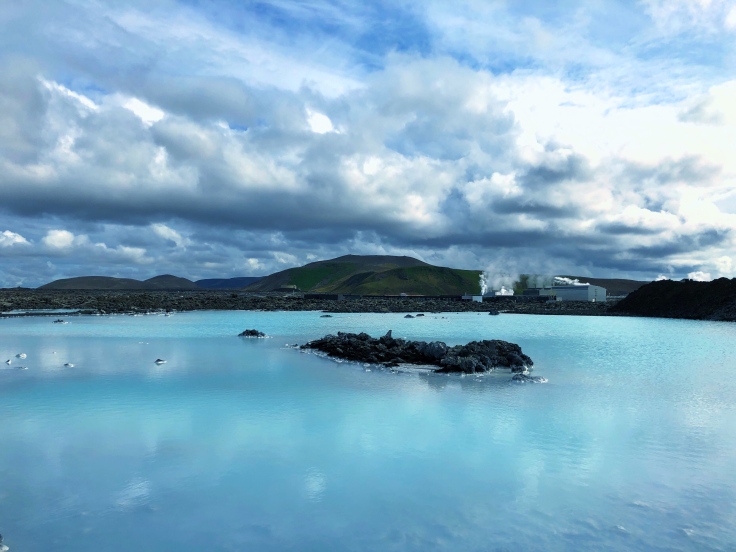 Day 2 was off to a significantly better start than Day 1. After a full night’s sleep, we woke up to a reasonably decent hotel breakfast before hitting the road in a bus, headed for Iceland’s famous Blue Lagoon (pictured above).

Donning our volcanic silica mud masks and helping ourselves to some complimentary beverages, we allowed our tension and worries to effortlessly melt away into the volcanic hot spring water. Yes, the water really IS that blue, and the pool was expansive enough for us to go find our own little niche for some peace and quiet.

On the way back to our hotel, however, our bus took a detour through downtown Reykjavik, where we noticed the following curiosity: 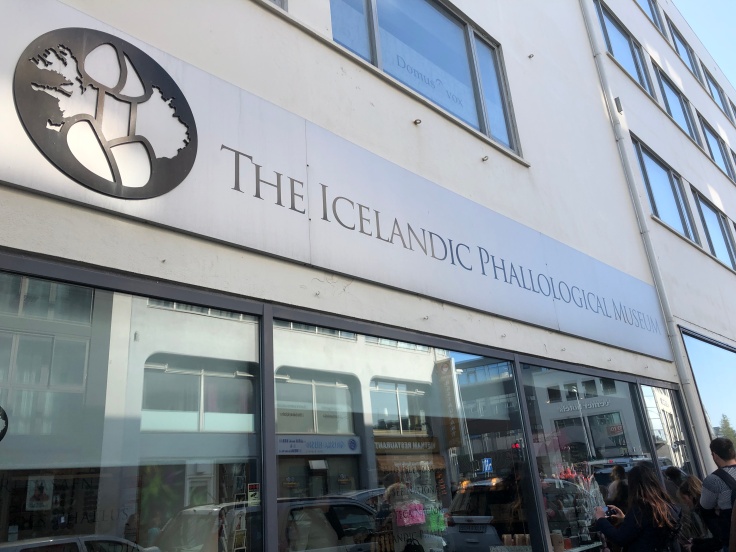 It was a given that we had to stop and peruse such an oddity.

Inside, we were treated to all things phallic, including over 300 exhibits of animal junk, the largest of which once was attached to a sperm whale:

Yes, that really is a giant schlong standing at over seven feet. To know that someone in the world has a childish enough sense of humor to invest that much money in creating a museum dedicated to the male member is astounding. Surprisingly, the kids were not entirely embarrassed, so we’re going to have to try harder.

Outside the hall of phallus, I finally found the opportunity to try my very first strange food, Iceland’s national dish, hákarl, which is Greenland shark fermented for at least six months. Granted, I was warned, but nevertheless, Bella joined me in my quest for the strangest food of the entire adventure (and hopefully will continue to do so). 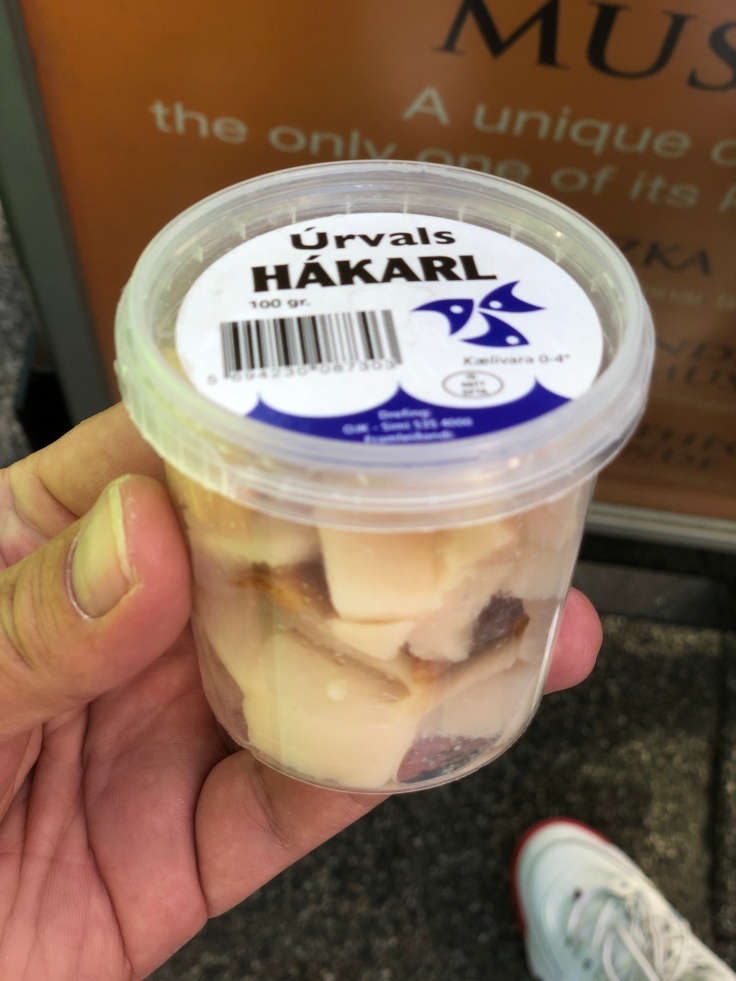 Yes, it really was a delicious as it sounds. Starting off a bit chewy and rank, it wasn’t so bad, but as I continued to chew, the bite I took started releasing a foul sulfur odor and taste into my gullet, which started up the good ol’ gag reflex. It doesn’t take a psychic to guess that a second bite was NOT in my future. 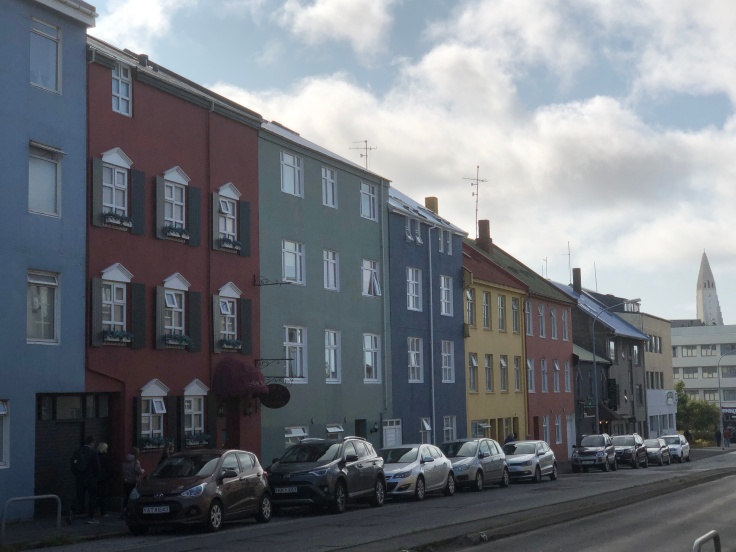 So, there you have it – the Blue Lagoon and downtown Reykjavik in Day 2, and tomorrow, the adventure only gets better, with a trip to the south coast…